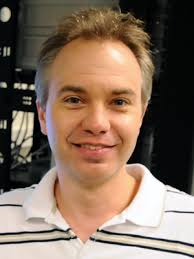 Ken Shepard received the B. S. E. degree from Princeton University, Princeton, NJ, in 1987 where he was valedictorian of his graduating class and received the Phi Beta Kappa prize for the highest academic standing. He went on to receive the M. S. and Ph. D. degrees in electrical engineering with a minor in physics from Stanford University, Stanford, CA, in 1988 and 1992, respectively, on a fellowship from the Fannie and John Hertz Foundation. His Ph. D. research, also funded by a special “Creativity in Engineering” grant from the National Science Foundation, focussed on the physics of nanoscale devices. He was awarded the Hertz Foundation doctoral thesis prize in 1992, given each year to the best Ph. D. thesis from among Hertz Fellows.

In 1992, he became a Research Staff Member in the VLSI Design Department at the IBM T. J. Watson Research Center, Yorktown Heights, NY and was promoted to Manager in 1996. At IBM, he was responsible for the design methodology for IBM’s first high-performance microprocessors for the S/390 mainframe (Alliance project). This design methodology became the basis for subsequent microprocessor designs at IBM. He received IBM Research Division Awards in 1995 and 1997 for his contributions to the Alliance project team.

In 1997, he joined Columbia University, where he is now the Lau Family Professor of Electrical Engineering and Professor of Biomedical Engineering, At the same time, he co-founded CadMOS Design Technology, an EDA start-up which pioneered PacifIC and CeltIC, the first tools for large-scale signal integrity analysis of digital integrated circuits. The success of these tools led Cadence to acquire CadMOS in 2001. In 2012, along with former Ph. D. Noah Sturcken, he founded Ferric, Inc. to commercialize CMOS-integrated magnetics for integrated power electronics.

Current research interests interests focus on bioelectronics, power electronics, and carbon electronics. Applications of CMOS to biology are focussed on problems in neuroscience, microbiology, and single-molecule diagnostics. He received the National Science Foundation CAREER Award in 1998, the Distinguished Faculty Teaching Award from the Columbia Engineering School in 1999, a Best Paper Award at the 2001 International Conference on Computer Design, best paper runner-up at the 2003 International Symposium on Asynchronous Circuits, and a winning entry in the 2003 ISLPED Low-Power Design Contest. We was given a Faculty Development Award in 2006 by the New York State Office of Science Technology and Academic Research. In 2008, he was named a finalist for the Blavatnik Award for young faculty by the New York Academy of Science.

Professor Shepard was program chair for the 2002 International Conference on Computer Design (ICCD) and general chair of the 2003 ICCD. He was program chair of ISQED 2002 and conference co-chair of ISQED 2003 and has served on the program committees of ISSCC, VLSI Symposium, DAC, ICCD, ICCAD, GLS-VLSI, ISQED, and Tau. He was Associate Editor of IEEE Transactions on VLSI from 1998-2001 and Associate Editor of IEEE Journal of Solid-State Circuits from 2004-2010. He is currently an Associate Editor of the IEEE Transactions on Biomedical Circuits and Systems. He is a Fellow of the IEEE.